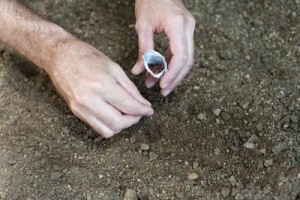 During one of my presentations on nutrition, recently, I was asked about the concern of high levels of arsenic in rice. Since this was not a topic I was familiar with, I promised to do some research and write about this topic in a future post. The results are included here for your information. Please share.

Arsenic is a natural mineral in the earth’s crust. Arsenic has also been released into the environment through the use of pesticides and poultry fertilizer, therefore, it’s in our soil and water. I was quite surprised when I looked into this. I used to live on the Chesapeake Bay in Maryland, in a county with high levels of arsenic in the water, so I was very cautious about filtering. Unfortunately, rice tends to absorb arsenic more readily than many other plants. I had no idea at that time about the levels of arsenic in rice.

So the rice, especially the brown rice which Ned and I were consuming 5 out of 7 days a week, is high in arsenic. Organically-grown and conventional rice both contain arsenic and regular exposure to small amounts of arsenic can increase the risk of bladder, lung, and skin cancer, as well as heart disease and type 2 diabetes. Perhaps if they’d known this when they made the movie “Arsenic and Old Lace” the old ladies could have served rice wine! But arsenic levels in rice appear to vary based on the variety and the region where it is grown. White rice — particularly basmati, jasmine and pre-cooked “instant” rice — tends to have lower concentrations of arsenic than brown rice because arsenic accumulates in rice bran. Rice varieties grown in California or imported from Southeast Asia are often lower in arsenic than rice grown in other parts of the U.S.

In the FDA’s recent analysis of approximately 1,300 samples, they found average levels of inorganic arsenic for the various rice and rice products of 0.1 to 7.2 micrograms of arsenic per serving. Serving sizes varied depending on the rice product they tested. For example, one serving of non-Basmati rice equals one cup cooked, whereas one serving of a rice-based snack bar contains only ¼ cup of rice.

I checked the brand that we use, (Lundberg) since it is from California and was pleased that the company CEO addressed this concern on their website. They test each year and have kept their arsenic levels lower than the international (CODEX) standards. CODEX, a joint commission of the Food and Agriculture Organization of the United Nations and the World Health Organization, has adopted a standard for acceptable arsenic levels in rice:  it recommends that governments allow no more than 200 parts of arsenic per billion in white or “polished” rice and no more than 400 parts per billion in brown rice. The European Food Safety Authority has discussed a more restrictive limit of 100 parts per billion of arsenic in foods marketed for infants and children, because children have shown to be more sensitive to arsenic than adults, but it has not come to a final determination. The CODEX recommendations are not meant to imply that 200 or 400 parts per billion of arsenic in rice is safe. Rather, the international body aimed to encourage regulators of individual governments to ban rice with higher concentrations of arsenic from the market.

My plan is to eat less rice. This is what both the EWG and Consumer Reports recommend. I’m now using quinoa several times a week in place of rice. I like the taste, it’s a safer grain, and it’s also higher in protein.

Links to several reports mentioned here are included so you can do further research yourself if you wish. I did not have enough room here to discuss the many rice products, sugars, etc., in our grocery baskets, but most processed foods contain rice, so your total intake may be higher than you think. Be on the lookout for alternatives to rice-based processed foods like breakfast cereals, rice flour, rice pasta, cakes and crackers. Consumer demand for gluten-free alternatives to wheat-based processed foods has spurred a proliferation of rice-based products, but they’re not our only option. Low-arsenic grains include barley, faro, couscous, and bulgur wheat. If you are avoiding gluten, consider amaranth, buckwheat, millet, quinoa, oats, cornmeal, grits, and polenta. Read labels carefully and investigate products with these alternative grains.

And thank you to the ladies of Cancer House of Hope for asking this question! An informed public is a healthier public!