Is Your Sunscreen Safe?

My daughter was home over the weekend. We had such a great time. I love when she is around! 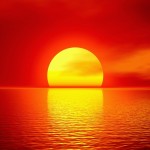 When she arrived, she emptied out a bag with some items she had purchased for the weekend that include one of the most highly poisonous sunscreens on the market! I couldn’t believe it! How do these companies get away with continuing to sell this stuff?! OK, I will try not to rant here, but it won’t be easy for me.

I see the latest information when it becomes available, but I often forget that most other people aren’t on e-mail lists from medical or government studies, so it’s not as common knowledge as it should be.

First, we CANNOT trust the FDA! OK – I know I said I’d try not to rant so I’ll stop there.

Secondly, The Environmental Working Group (EWG) takes all the latest studies into consideration when making it’s ratings. They use solid, scientific information, not someone with an agenda’s blog post. Take a look at the EWG’s explanation of their sunscreen ratings.

Retinyl palmitate (a form of Vitamin A) has been shown in studies to increase the development of skin cancer tumors. The studies were done on animals, most of them more than five years ago. German and Norwegian authorities issued a caution against using retinyl palmitate in sunscreens in 2010 and 2012, based on these studies, and they also instituted regulations for reduced amounts allowed in skin care products. The FDA agreed that this was something that needed more study, and human trials, back in 2010. OK, so why has the FDA not done those studies and released new regulations? A good question, and one I will not speculate on because I promised not to rant. In addition, most of the commercial sunscreens include other toxic chemicals along with retinyl pamlate.

There are safe sunscreens available and when we all start buying those, instead of Coppertone, then the larger companies will jump on the bandwagon.

Alba Botanical and Aubrey Organics are available most places and they each make four good sunscreens.Ava Anderson founded her business on making safe cosmetics and other products for our homes and her sunscreens are also non-toxic. I’m sure you can find a representative in your area. If not, feel free to contact Ned’s cousin who sells Ava Anderson products.